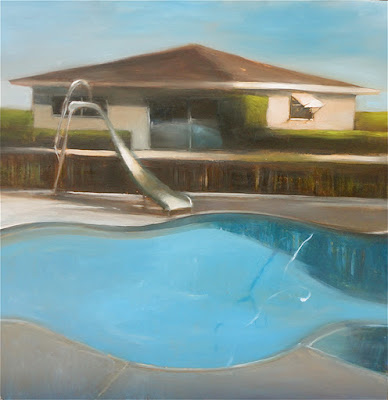 Scott Yeskel, raised in the suburbs of Orange County, California and after graduating from high school, moved to San Francisco to pursue an education in the arts. He graduated from the Academy of Art College in 2002.
His work speaks to those who identify with the California lifestyle – often romantic but sometimes plagued with frustration. Yeskel’s love/hate relationship with Los Angeles’ freeways, boxy apartments and urban sprawl feed his desire to paint his environment as he sees – a jumble of mixed emotions.