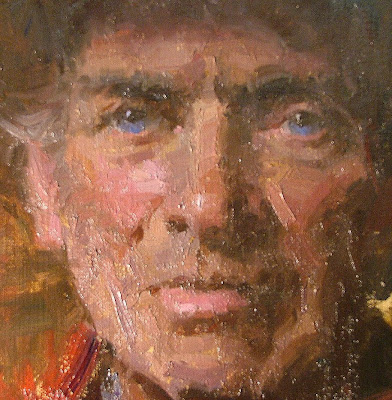 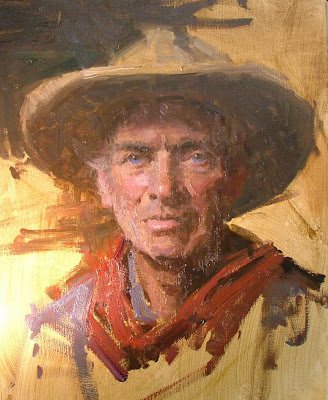 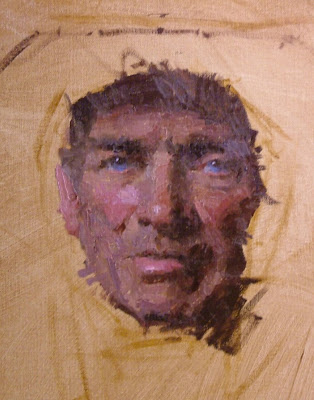 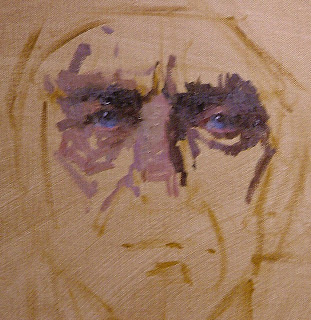 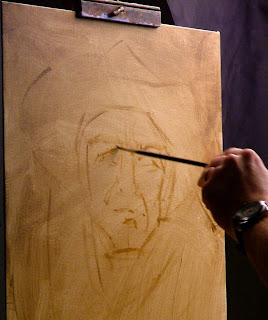 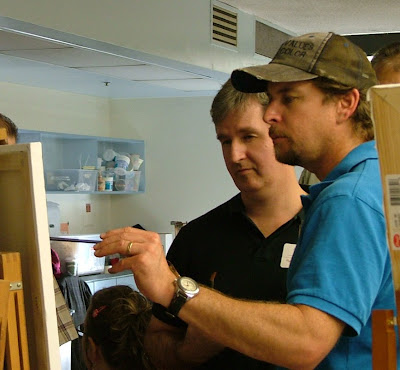 I was honored to be asked to volunteer for this event to help with the set up and
to also critique portfolios with Johanna Spinks, The California Ambassador for the PSA.
While we were setting up, I was imagining what Morgan would look like. I had briefly visited his web site and was not impressed with his subject matter Americana and and western era. A judgmental quality in my personality I am trying to overcome.
I was impressed with his drawing and painting skills and frankly I wanted to see what the hype was all about.
Especially since I heard that Morgan sells his pieces for thousands of dollars and can't paint them fast enough!

So in walks Morgan. Holy sh_t! Cute as a button! Late 30's or early 40's, regular kinda guy, baseball cap, jeans.
Okay I thought, let's see what this guy can do. His model was an older man, cowboy hat and bandana, good etched lines in his face, and sad eyes. Perfect for a demo.

The room was a buzz with 100 artists all wanting to sit as close as possible. Morgan began with a simple outline in ochre. He had prepared the canvas with a medium ground. He works on acrylic ground because he said he likes the tooth since linen with oil ground tends to be too slick. The audience couldn't help themselves blurting out comments and questions throughout the demo. Morgan didn't miss a beat. He was the most entertaining artist I have ever heard. He had us laughing and mesmerized for the entire 3 hours!

Every stroke of thick paint Morgan applies is specific and purposeful. No broad strokes and blending. He applies thick strokes of paint using a #6 or small brush, one stroke next to the other. He must have spent 3/4 of the time just on the eyes.Someone asked why he painted his chosen subjects- Morgan said "because tank tops and tennis shoes don't inspire me."

See the progression Below:
Posted by Cheryl Kline at 10:05 AM 1 comment: